London: The VERDICT is out! The readers of the British Herald has voted for Narendra Modi, the Prime Minister of India as the World’s Most Powerful Person 2019, beating out other world leaders and politicians among people who were voted by our readers.

Good or bad, power is a combination of many important factors that enable leaders to shape the world. But only a select few possess the political clout to effect global change. For better or worse, their decisions affect millions and change nations. However, these poll results provide a look at how the world sees these figures. 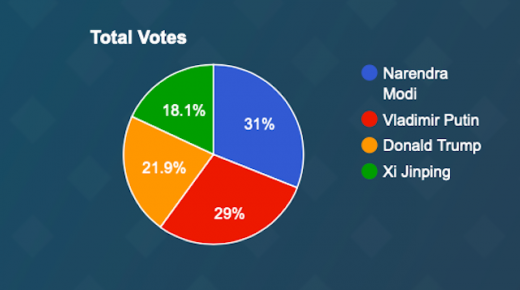 Modi won with 30.9% of the vote when the poll closed on Saturday at midnight. He was placed well ahead of his closest contenders, including Vlamidir Putin, Donald Trump, and Xi Jinping with 29.9%, 21.9%, and 18.1% respectively.

More than 25 world icons were in the nomination list and a judging panel of experts named four final candidates for the prestigious title. The evaluation of the selection process was based on extensive study and research of all these figures.

Unlike regular voting system, the British Herald readers had to vote through a mandatory one-time password (OTP) process to validate their vote. Surprisingly, while the voting was on, our website crashed as many voters were trying to vote for their preferred leaders, generating about three million hits in a week. 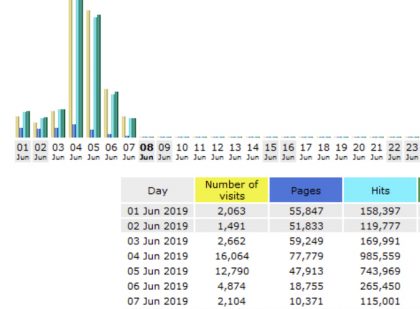 Insights of hits during the first week of June on the voting page of British Herald crossing 2.5 Million Hits.

Prime Minister Narendra Modi branded as #Namo is a big brand built on the same tenents as any other good product would have been marketed. And, Prime Minister Narendra Modi, can give any celebrity marketers of India a run for their money. Brand gurus also believe, PM Modi has built his political campaign on the very same tenets of a strong promise and strong leadership, the result of which has been an overwhelming victory in the Lok Sabha elections.

Modi raised his profile as a world leader in recent years during official visits with U.S. President Donald Trump and Xi Jinping. He has emerged as a key figure in the Asian region who is seen active with his act east policy. His effort to tackle climate change has been seen positively by the world, as warming affects millions of his country’s rural citizens. 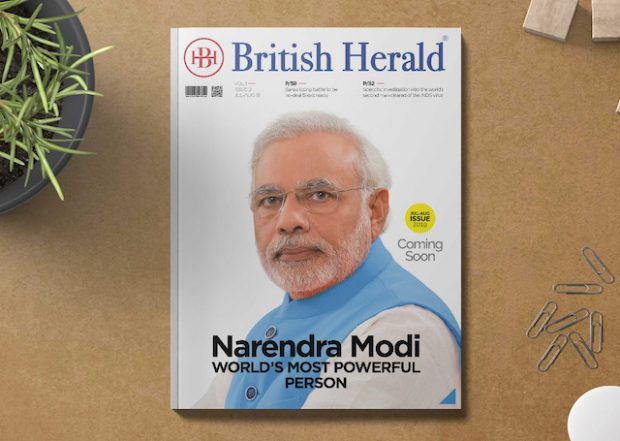 Prime Minister Narendra Modi to be featured on the cover page of British Herald Magazine in July.

In recent months, Modi saw high approval ratings from Indians, according to Indian media reports, in the run-up to the 2019 general elections largely due to his stand against terrorism and the airstrike on the terror camps in Ballakot, Pakistan earned him supporters. Besides, the implementations of schemes like Ayushman Bharat — a health insurance scheme for 500 million citizens, Prime Minister Ujjwala Yojna — free LPG connection for 60 million people below the poverty line and Clean India scheme building toilets all around the country earned him remarkable support.

Modi came under scrutiny recently when his critics pointed about the high unemployment rate and skyrocketing Non-Performing Assets (NPAs) of the Indian banking industry. His government was blamed by the lower-middle strata and poor for not being able to control high inflation and high rates of fuel after September 2018 as he came to power in 2014 promising to break high inflation rates but the recent elections was a backlash to those critics as he was chaired the Prime Minister of India for the second time.

His decision to get rid of 500- and 1,000-rupee notes through demonetisation, impacted cash-based businesses and threatened India’s economy. In other words, he took the risk to refresh the Indian economy for the future to come. Followed by goods and services tax (GST), the Indian business community and the industry at-large felt the turbulence with the implementation initially. However, the people of India have accepted his style of governance and politics as he was voted back as their prime minister in 2019.